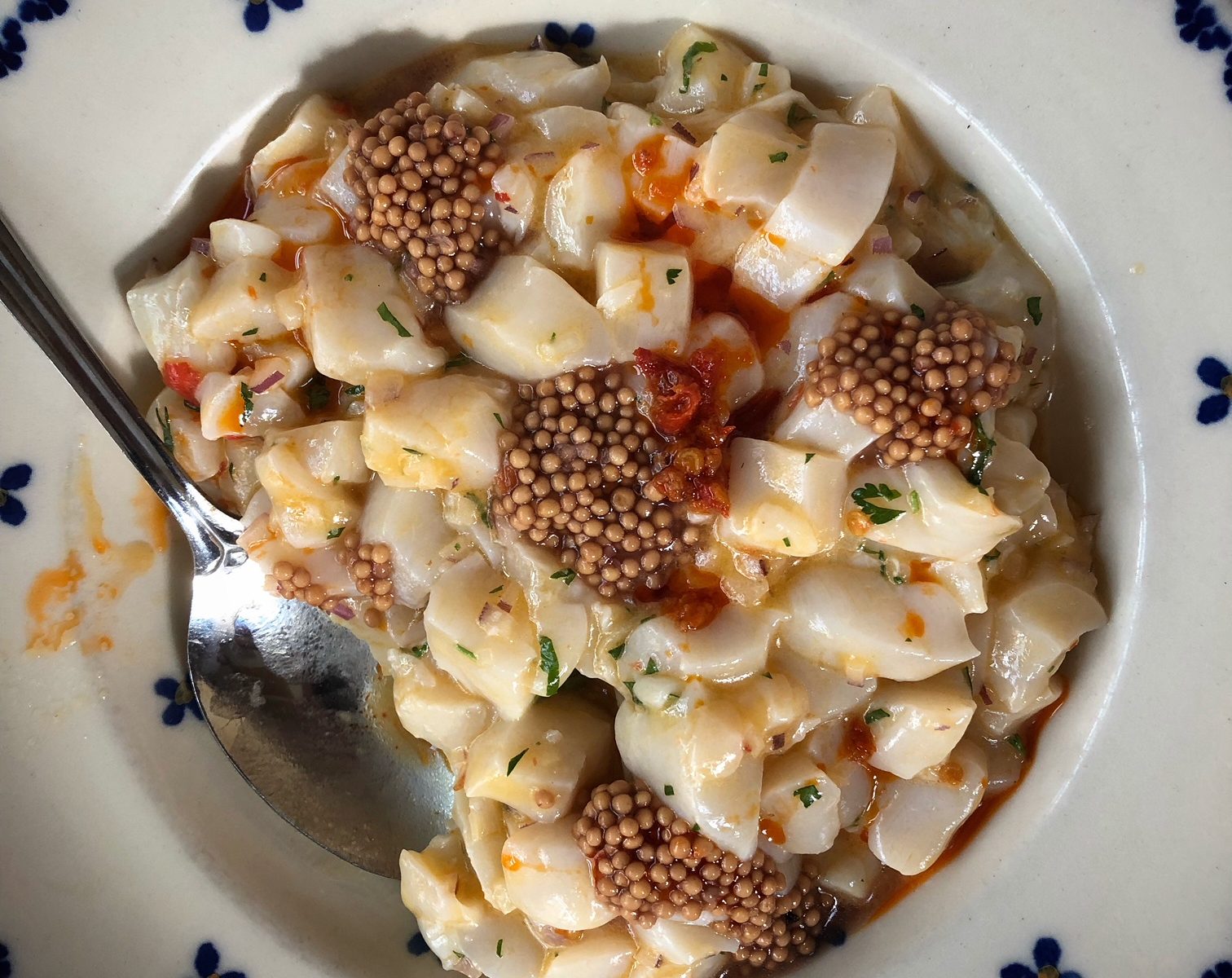 Since 2011, the proprietors of the rustic Italian restaurant Le Virtu in Philadelphia have hosted an extravagant day-long feast called La Panarda. We’re talking over 40 different courses, from salumi and cheeses to meatballs and pastas to offal and grilled meats, plus desserts. The whole thing lasts about 8 to 10 hours. Two years ago, I attended the feast for the first time and it nearly killed me. This year, I went back for seconds (times 40 or so). This time around, there’s a new chef at the helm and a whole bunch of new dishes. Take a look: END_OF_DOCUMENT_TOKEN_TO_BE_REPLACED 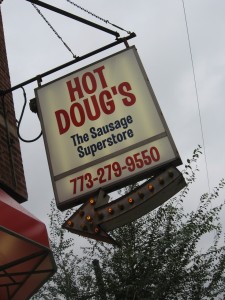 Doug Sohn, owner of Hot Doug’s, Chicago’s most glorified hot dog stand, has sold all sorts of sausages over the years, from the classic Windy City–style Vienna beef dog to the “Tuben,” his tubular take on a traditional Rueben sandwich. Sohn’s often obscurely titled franks (“The Shirley Hardman,” anyone?) span virtually every type of meat in your butcher’s repertoire and probably beyond, including an ever-revolving “Game of the Week” special, which spotlights a different wild animal: alligator, crawfish, pheasant, snake — you name it, he’s probably stuck it in a bun, added some unusual toppings for good measure and sold it. Only one weird wiener has ever turned out to be a total dud, according to Sohn: the andouillette, which he explains is the French word for, basically, “intestines stuffed with more intestines.” END_OF_DOCUMENT_TOKEN_TO_BE_REPLACED